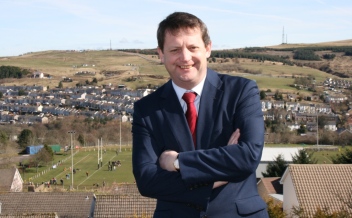 Alun was born and brought up in Tredegar and he is the Welsh Labour MS for Blaenau Gwent.

Alun has also represented Welsh Labour on the Party’s NEC during the Corbyn years. As a campaigner his focus is on working to eradicate poverty and to promote sustainable economic growth especially in the heads of the valleys region.